The Implications of Brexit on Aromatherapy Regulations

New Policies and Procedures for Registrants

On the 24 and 25 March 2018, I had the honour of speaking at the IFA conference held in Hong Kong. It is so exciting to see how popular professional aromatherapy has become around the world thanks to the amazing efforts of the IFA in promoting and maintaining high and consistent education standards. More than ever before, we need a strong voice to represent the interests of professionally trained aromatherapists so that aromatherapy can be practiced with confidence and integrity.

International conferences also provide us with an opportunity to meet like-minded individuals who are passionate about aromatherapy and who often come from very diverse backgrounds. This is a short summary of all the presentations at the conference. 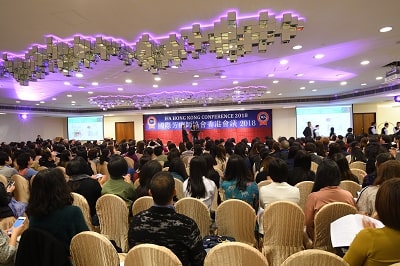 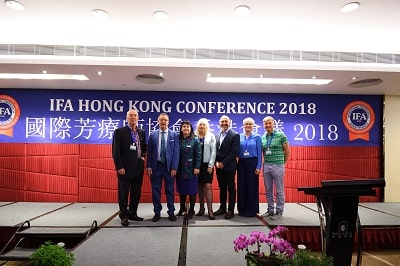 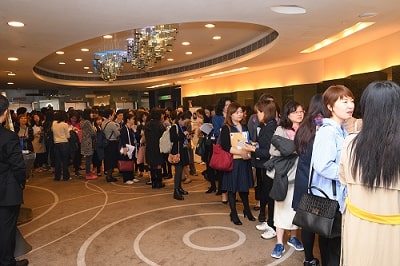 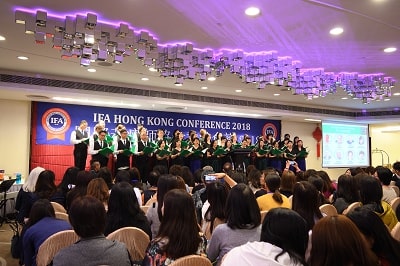 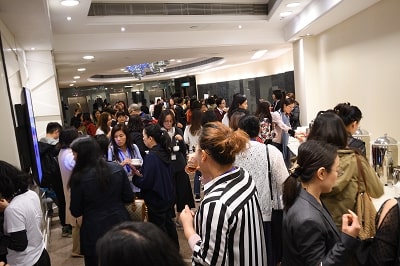 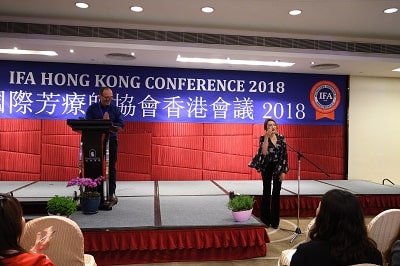 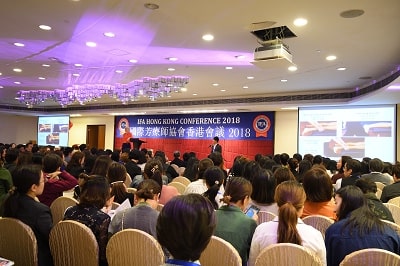 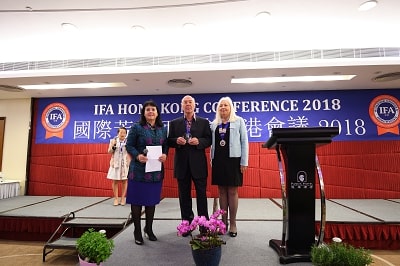 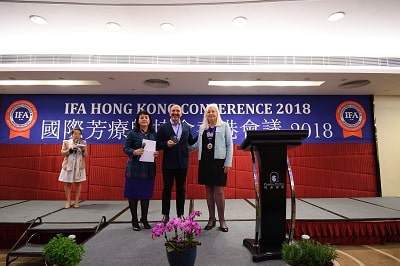 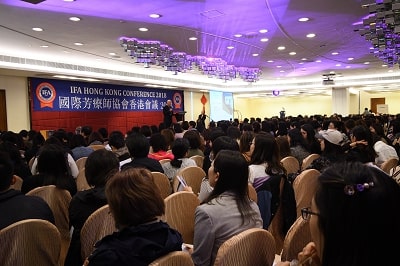 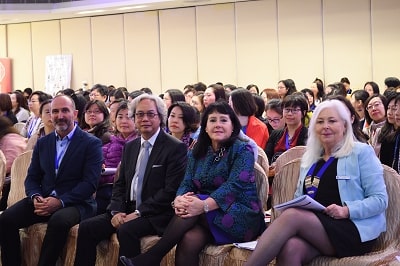 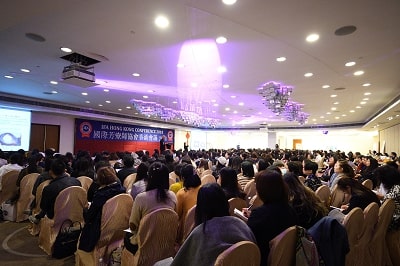 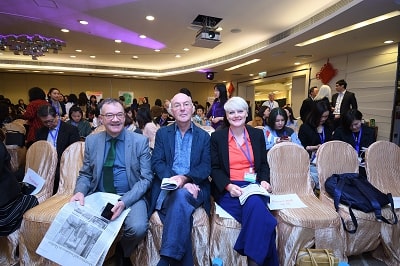 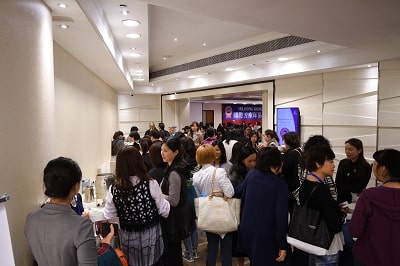 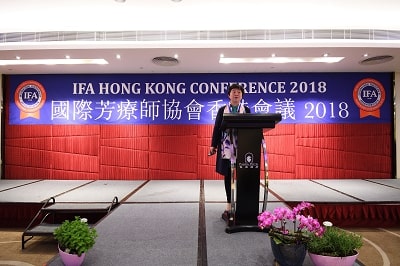 Day One
Alan Howell, herbalist and Shiatsu practitioner, spoke to us about the Five Elements and how aromatherapists can use them to help us better understand our client’s health imbalances. This allows us to select essential oils from an energetic perspective to help balance the patient’s Five Element imbalances rather than just selecting the essential oils to alleviate symptoms. I could easily relate to Alan’s presentation as my original training before I discovered aromatherapy was acupuncture and traditional Chinese medicine.

Jane Johnson, a well-known and highly skilled physiotherapist from the UK, spoke to us about soft tissue release (STR). STR combines deep tissue massage with stretching. She was able to provide those of us working as massage therapists with some very practical hands-on skills to alleviate common musculoskeletal conditions.

I spoke about the sandalwood industry in Australia. Sandalwood has long been considered one of the most precious and important essential oils – not just for aromatherapy but also for perfumery. However, the popularity of sandalwood has also been responsible for its demise – especially since all sandalwood up to recently has been wild harvested with very few strategies in place to ensure its long-term sustainability. Last year, I had an opportunity to visit the Santalum album plantations in Kununurra. This is the first time in the history of humanity that S. album has been successfully cultivated. S. album in the wild in India has been listed as a threatened species. It is more important than ever before that we be aware of the source of the plants that are used to produce the beautiful oils we use. I remember hearing so much criticism and negativity about the sandalwood industry in Australia when it was first established. We were all told that it would never take off and that the oil would never be a good quality. I am proud that the Australian sandalwood industry was able to prove all its critics wrong! In Australia we now produce some of the best sandalwood in the world and more than likely have saved the S. album tree from the brink of the extinction.

Day one concluded with a presentation by Dr. Theresa Lai Tze Kwan, nursing educator, aromatherapist, Chairperson of the Hong Kong Palliative Nursing Association and vice-president of Hong Kong College of Medical Nursing. It was so exciting to learn that aromatherapy is successfully being integrated into palliative care practice throughout the world and in Hong Kong.

Day Two
It is always a pleasure to meet Dr. Pierre Franchomme, one of the early pioneers of medical aromatherapy in France. Dr. Franchomme is the president of Aromatherapie sans Frontiers, ‘Aromatherapy without Borders’. I am humbled by the wealth of information that he has and the clinical experience that he shared with us.

Since 2013, Aromatherapy without Borders has been working in developing countries such as Madagascar to provide more affordable health care using essential oils. The cost of western pharmacological based medicines is often prohibitive and it often means that many people do not have access to have proper health care. Dr. Franchomme stated that in Madagascar the average life expectancy is 65.9 years and the infant mortality rate is 42%, with the main causes of death being pneumonia, malaria and diarrhea.

His association provides education in using aromatic oils to doctors, traditional healers and chemists. Working with the Malagasy Ministry of Health they have been able to establish a framework for practising aromatherapy with a clinical environment. The focus of the centre that has been established at Antsirabe is to provide health care to children. Dr. Franchomme was able to share with us many case studies in which chickenpox, fungal infections, parasitic infections, wounds and respiratory infections have been successfully treated by using common essential oils such as palmarosa, lemongrass, geranium, niaouli and tea tree; sometimes with the support of allopathic drugs and herbs.

Dr. Peter Fischer also presented us with a framework for integrating complementary medicines within mainstream healthcare. He clearly articulated the importance of a more integrated approach to health care. Dr. Fischer is the Director of Research and Consultant Physician at the Royal London Hospital for Integrated Medicine, as well as the physician to her Majesty the Queen. He is also a member of the World Health Organisation’s Expert Advisory Panel on Traditional and Complementary Medicine and helped to draft its traditional and complementary strategy 2014-2023.

Dr. Fischer was very outspoken about the current crisis facing Western medicine such as polypharmacy, multi-morbidity, adverse drug reactions, increasing level of antimicrobial resistance and the increase in mental health disorders. This is where he claims that aromatherapy offers so much potential. He states that there is a need to restore the public’s confidence in healthcare. He believes in offering the best of both worlds. This means integrating conventional medicine with complementary therapies. However, he stresses the need for sound clinical trials and studies to prove the safety and efficacy of complementary therapies. It is interesting that in some of the studies, he cited found that complementary therapies were just as effective as the conventional medical intervention and that they were also considerably less expensive. This, he suggests, should be an important factor, especially in identifying ways of reducing health care costs that are spiraling out of control.

He was critical of the use of antipsychotics in the management of dementia and suggests that based on many of the studies thus far conducted, aromatherapy can be very effective for the management of behavioural and psychological symptoms of dementia (BPSD). However, he also states that a lot of work still needs to be done to identify the most effective oils and the best route of administration.

Unfortunately, one of the speakers who was to speak about perfumery and aromatherapy was not able to attend the conference. It was a pleasure for me to share the stage with Colleen O’Flaherty-Hilder, the IFA Chairperson, as we exchanged and shared our knowledge, ideas and experience about the common threads between perfumery and aromatherapy. This is my favourite topic, so you can imagine I was not short on words. I have updated the entire chapter on the history of aromatherapy in my third edition. I begin by stating that the history of perfumery is also the same history of aromatherapy. After all traditional perfumers used natural essential oils as their palette to create perfumes. Scent has always played an important role in all ancient and traditional cultures.

Perfumery also opens the door to a better understanding of olfaction. I still consider that olfaction is one of the final frontiers of scientific research into human anatomy and physiology.

Long distance flights are often spent catching up on lost sleep, watching all the movies that you missed out seeing at the cinema, or watching some interesting documentaries. On my flight from Brisbane to Hong Kong, I came across an awesome documentary called Follow your nose – Cracking the Smell Code.  In this documentary, latest research suggests that the same olfactory receptors that are found in our nose are found in all other tissues in our body. This is not suggesting that other parts of our body can smell like our nose – this, I believe, is unique to the olfactory pathway; however, I believe that it has some interesting implications for aromatherapy. Aromatherapy has often been criticized because there is no way topical application of essential oils can deliver therapeutic doses of essential oils into the body. However, these receptors work differently.  When activated, the receptor cells trigger a nerve impulse – this is different to the pharmacologically active molecules that are absorbed into the bloodstream. I am looking forward to sharing with you what I have found out about this and what it may mean for aromatherapists in my next articles.

Now back to the IFA conference…
The last speaker for the day was Dr. Lei Yao. She is Professor at the School of Agriculture and Biology at Shanghai Jiao Tong University and specialises in researching aromatic plants used in traditional Chinese medicine. She spoke about her research into osmanthus, jasmine sambac, Kushui rose and gardenia. While there is much interest in these fragrant plants in the fragrance industry, they also have potent medicinal properties.
She compared traditional ways in which these plants are used in herbal medicine and discussed their complex chemistry and the potential use of the aromatic compounds found in the flowers for their anti-inflammatory, anti-anxiety, hypotensive and antioxidant activity.

I am especially grateful to the IFA CEO, Pauline Allen and IFA Chair, Colleen O’Flaherty-Hilder and all the IFA team for organising such an incredible two-days and for allowing me the honour to speak at the conference. I was sincerely grateful for being presented with an Honorary
Member Award.

Best wishes to all
Salvatore Battaglia